The weather at dawn was much better than later on in the morning when it turned grey, wet and windy. The sun even threatened to take hold for a while before the stormy clouds rolled in on the brisk south westerly.

A mass of hirundines twisting and turning over Hesketh East with Swallows, House and Sand Martins all flocking together. Also a large number of Pipits and Wagtails feeding along the main drainage gutter. A cracking male flavissma first to come into photo range.

Multiple juvenile Yellow Wagtails were along the hedgerow and their calls were ringing out everywhere. The tides had flooded the site so most of the waders had disappeared, but this influx of wagtails made up for it – great to watch. Another bright yellow blob in a distant bush looked interesting through the bins; it looked even better through the scope. I took as many images as I could and stuck a few on Twitter + to friends for comment. I knew what I thought it was, but wanted some confirmation. Thanks to all that fed back, great to get consensus on a ssp thunbergi “Grey-headed Wagtail” 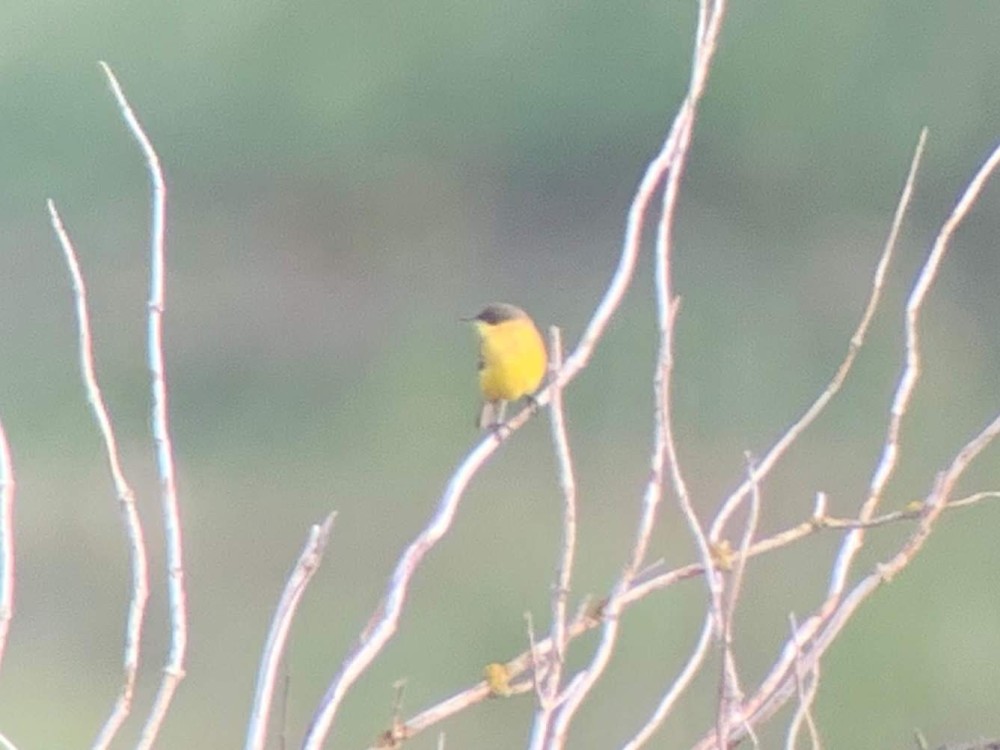 The images aren’t great, but the field views were good – the head was a nice grey colour, darker area around/below the eye and paler towards the rear of the head; the throat was a continuation of the bright yellow breast.  Very nice.

The title of the post is not just because of the name coincidence – I’ve been angered by the bullying and cowardly comments made by a series of climate change deniers, MP’s, other high ranking (or earning) so called officials and general gobshites. Ranging from the rude to the idiotic with a good slice of menace, threat and childishness thrown in for good measure. She’s a young person trying to make a difference, to mobilise some effort to change what looks like a pretty bleak future, and these cretins mock her and wish her ill. This one particularly wound me up – this clown should be removed from public office for wasting tax payers money on writing drivel like this – he certainly is a “member”. https://twitter.com/DavidTCDavies/status/1167343239822790656

Any way, off the soap box, back to the birds….

Marshside was quiet so I set up at Banks for the high tide. Masses of waders over the 2 hours I was there. Thousands of Ringed Plover and Dunlin; hundreds of Grey Plover and Knot; 10+ Turnstone, single Barwit and 3 juv Curlew Sands in the ever changing mix. 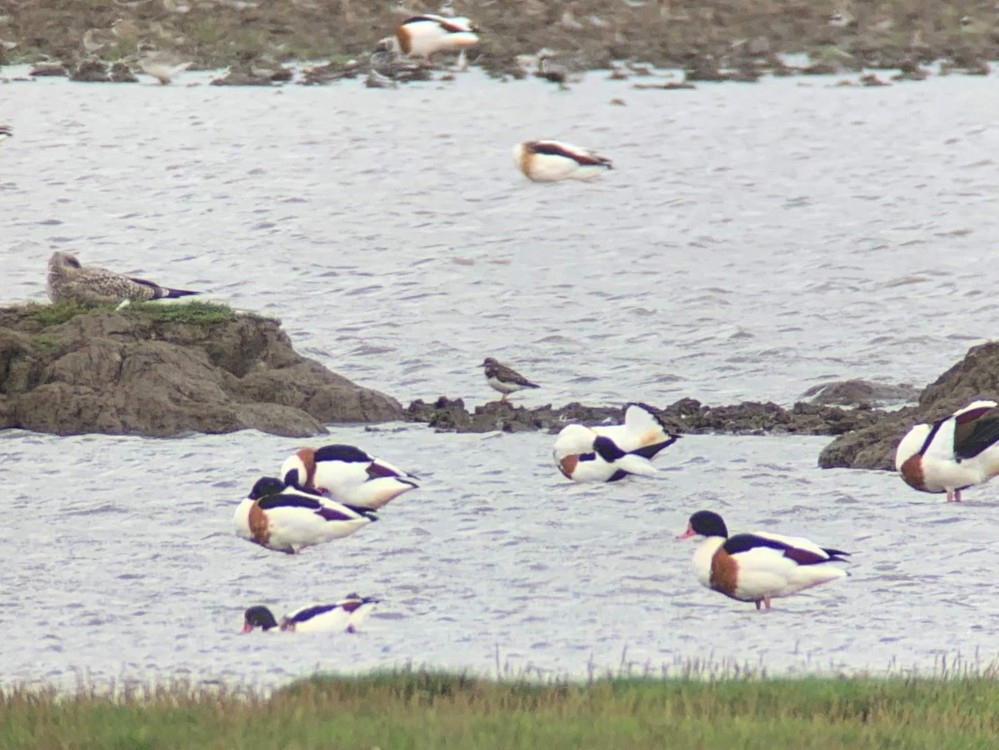 The birds were moved about by a juv Peregrine and Marsh Harrier. The Peregrine a much paler and sleeker bird than the one that’s hanging round HOM. 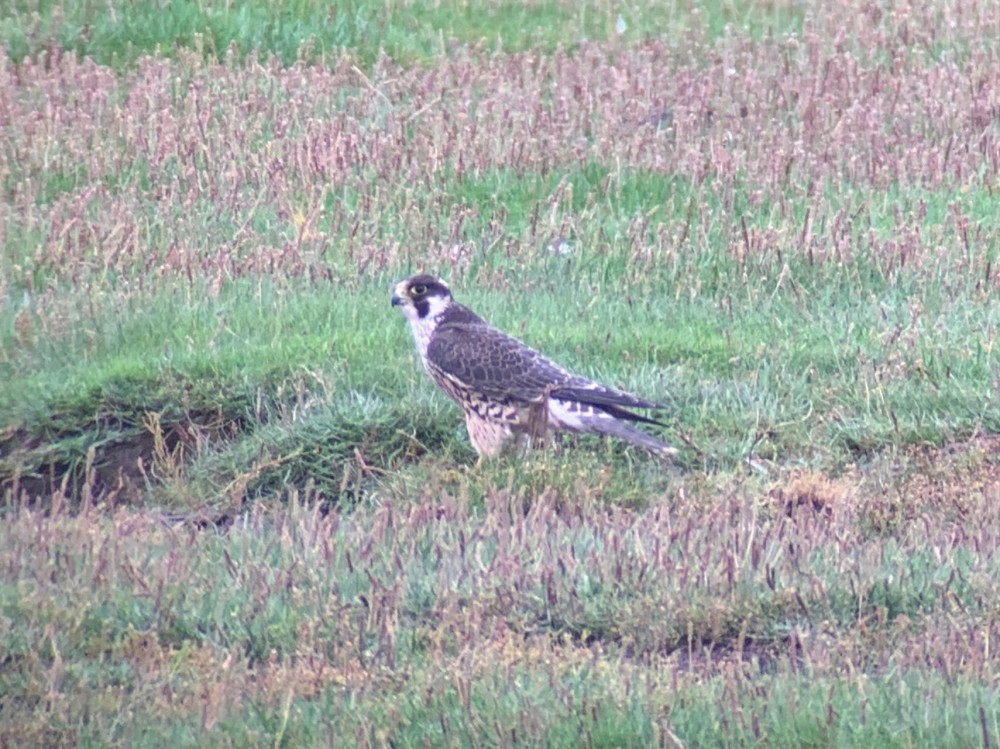 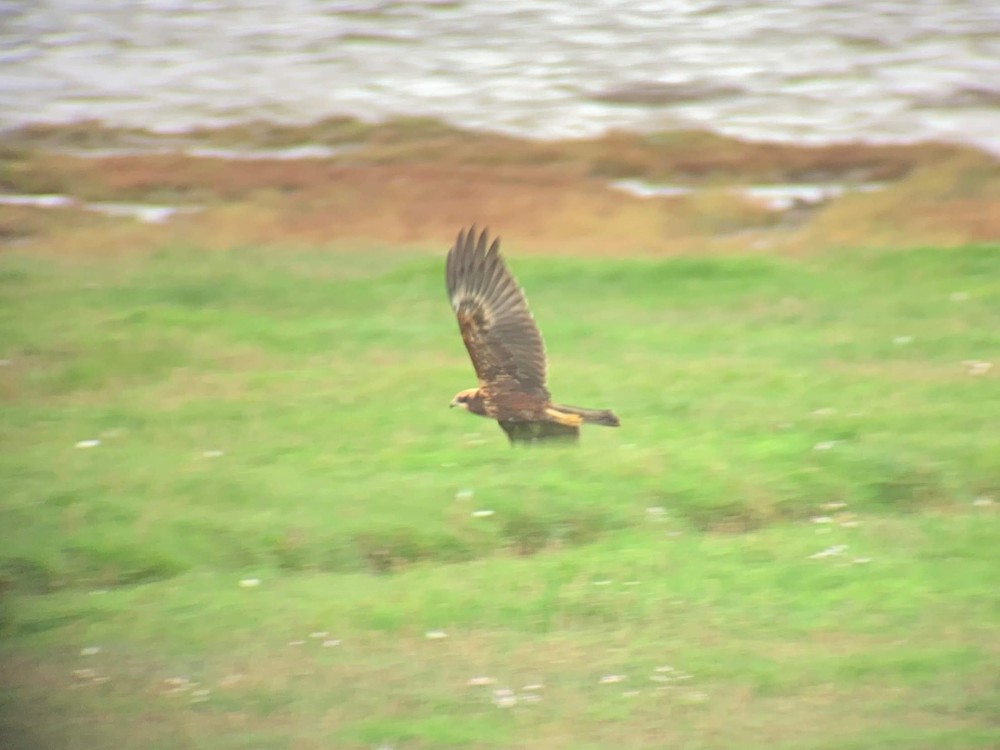 My first Pintail of autumn were huddled on one of the splashes and a Ruddy Shelduck was in the local birds – it looked “better” on 1st view than when it came and fed by the sea wall!

As the winds turned more westerly and the tide reached its highest point, I could have almost sea watched – had me thinking of Leach’s………

One thought on “Greta Thunberg”

View all posts by wadingthroughwigeon