Some more early morning birding, and it was nice to get some reward in the guise of a simply stunning male Whinchat.

They are a jewel of a bird, a bit like a mini jazzed-up Wheatear, with their lovely orange tones, white super and tail pattern. This bird was feeding with 2 male Wheatears on the same patch of ground in the Sand Plant and as I watched them from the banking by the fence they congregated on a nearby bleached out log, allowing me to take about 1,000 images!

What a beauty, but this Wheatear didn’t want to be out shone:

The Greenland Whitefront was still on Crossens Outer – this bird has caused some confusion and comment, but to me it’s a Greenlander: 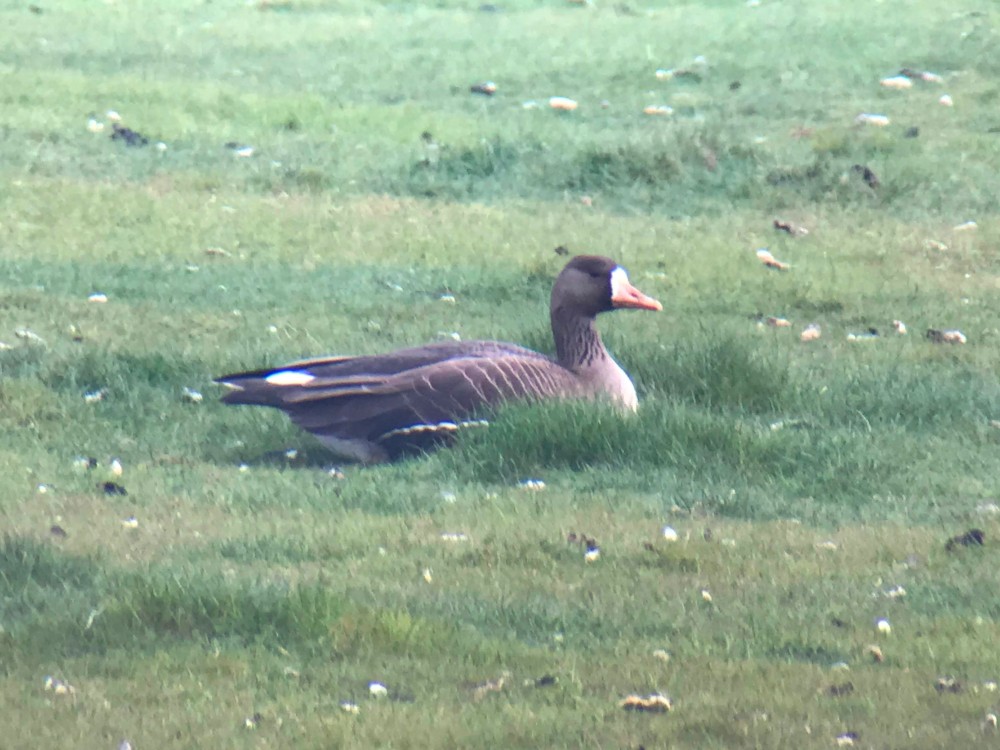 A quick visit to Hesketh, where the tide has covered much of the wader mud. It still managed to provide a couple more highlights though – a vision of an adult Little Gull was fluttering around, provoking the Black-heads before scampering across the water and eventually settling down for a few photo’s.

Also my first Arctic Tern’s of the year were resting up on the fence line – nice to hear their shrieking calls again.

Away for the weekend, back to the Ribble next week……

One thought on “Sexy Saxicola”

View all posts by wadingthroughwigeon